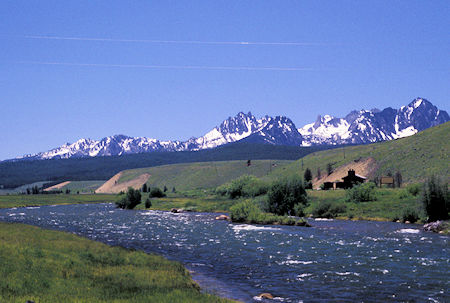 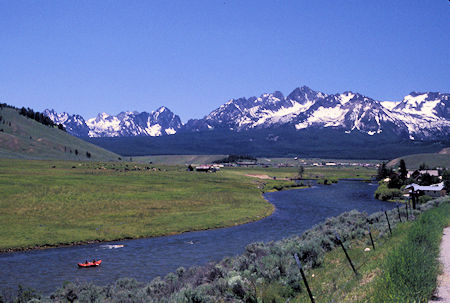 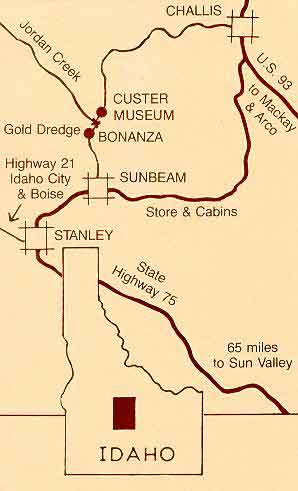 I then headed out on Idaho 75 down the Salmon River - through Stanley.

Saw some kayaker's and rafters on the river - which is still high but fairly tame in this section.

Stopped to see the Sunbeam Dam which was built to generate electric power for a mining operation in the early 1900's that only lasted a year.

The dam has been breached to allow Salmon to get upstream.

Left the highway and headed north to Bonanza, ID, another old mining town, on the Yankee Fork of the Salmon River.

Nearby was the Yankee Fork Gold Dredge which has been fixed up and is open for tours.

It was donated to the Forest Service. Information here. 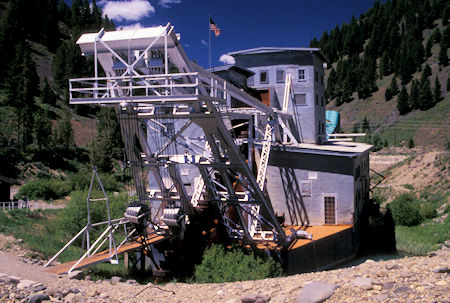 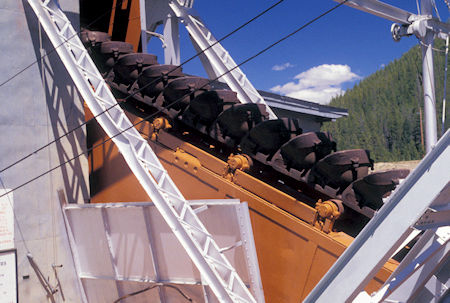 A short distance up the river is the historic mining town of Custer City, named after the infamous General Custer. It came into being about 1879 and had a population of 600 in 1896. By 1910 all the mines had closed. A number of buildings have been preserved/restored and it is an interesting mining history site.

In 1990, the Idaho Department of Parks and Recreation joined the Forest Service in managing Custer. This led to the establishment of the Land of the Yankee Fork State Park and Historic Area. 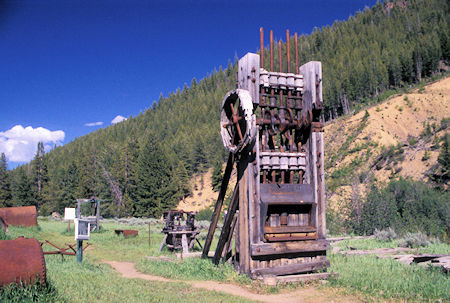 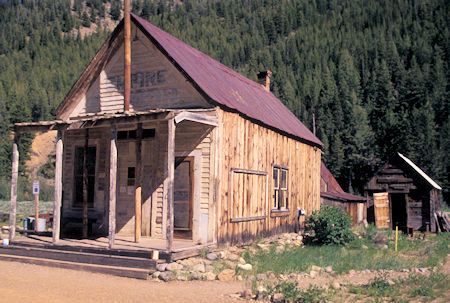 Found a completely empty campground a few miles up the river which was free. A couple more people showed up later. Thought the July 4 weekend might make things a bit crowded but this campground is sort of off the main track and not on the river. Was a busy and interesting day. 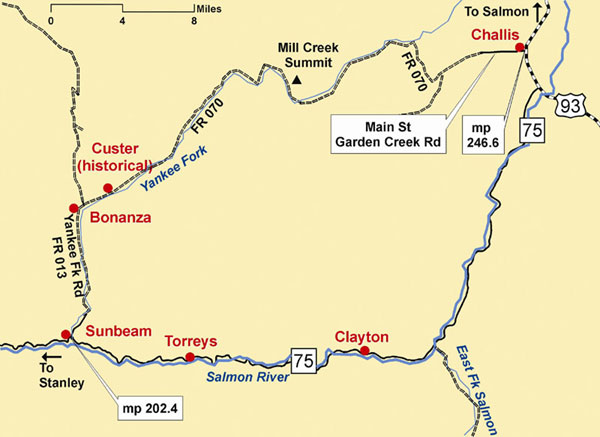 Continued up the Yankee Fork of the Salmon River on what is known as the Custer Motorway (Forest Road 070) which follows pretty much an old toll road route.

Pretty forest, meadows, some flowers, a few snow patches, a little rough in spots. Stopped on the 8700+' summit and talked to a couple of Forest Service people. More Custer Motorway Information.

Arrived in Challis, ID about noon just as their Fourth of July parade was starting down main street. I was behind the parade so just parked and walked down and back - got to see the parade twice.

Drove north on US 93 from Challis eight miles, then turned off on the Morgan Creek Road that paralleled a pleasant little creek as it climbed up over a summit then dropped along Panther Creek toward the main Salmon River.

Panther Creek was very pretty and became quite large.

I didn't know what kind of roads I would get into but these turned out to be mostly well graded dirt/gravel roads. Seems this country is fairly tame terrain wise.

The creek/river valleys are not real steep and not real rocky so road building is not too difficult. Saw lots of four wheel dirt bikes (ATVs) in various places. 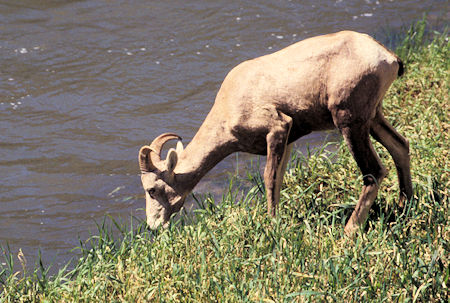 Arrived at the main Salmon River about 4:30 p.m. and drove the wide and generally good dirt road downstream.

Parts of the road were full of pot holes but the scenery was great.

Came upon a large herd of Mountain Sheep feeding by the road and river - wild but not too bothered by humans. 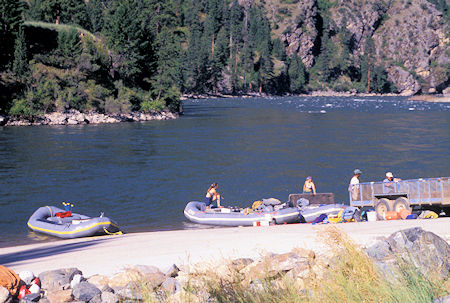 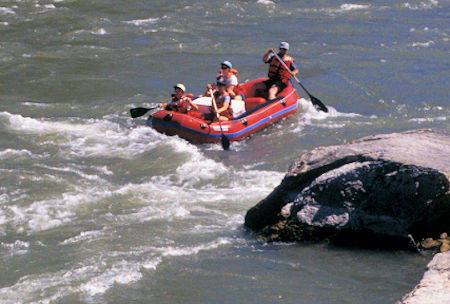 Camped in the Corn Creek Campground and boat launch ramp at the end of the road.

The campground was about half full. Never did see any real crowds like you would find on the coast for a holiday weekend.

Drove back up the Salmon River road. Everything is backwards here - upstream is south, downstream is north.

Saw another small herd of Mountain Sheep. Also saw a number of different rafters on the river.

Five empty and two full busses from various river rafting outfitters passed me - the empties to pick up people coming down the upper stretches of the river (which are milder than the lower stretches) and the full ones to launch people down the more rugged stretches inside the Frank Church/River of No Return Wilderness.

I was planning to take Forest Road 123 back up into the high country and over toward Hamilton, MT but it was closed 26 miles in from where I would have started.

Forest Road 38, an alternate, was also closed 18 miles in. Don't know whether it was road damage (probably) or down tree/snow blockage.

So, continued down the Salmon River road to North Fork on US 93, then north on US 93 to Hamilton, MT for a motel.

They were doing a major reconstruction of part of US 93 in Idaho. On week days it is closed much of the day to all traffic.