After resupply in McCall, ID headed north on US 95 toward Riggins, ID. Just south of Riggins, turned off on the Seven Devils (Squaw Creek) road that climbs high into the Hells Canyon area near Seven Devils Mountains. 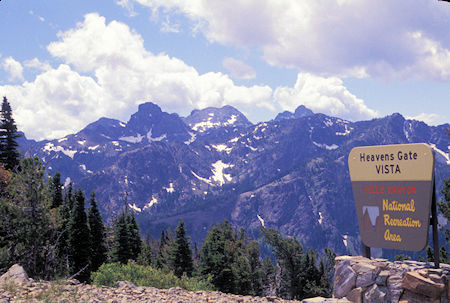 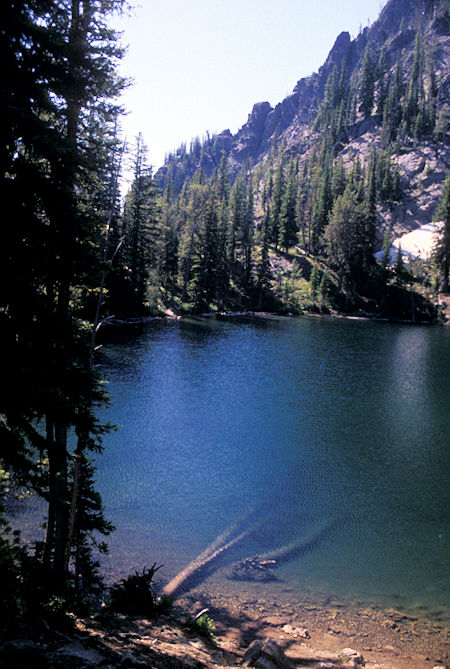 Stopped to take a picture and was mobbed by about ten very friendly horses acting like they expected sugar lumps from me.

Almost stuck their heads in the chariot.

They wanted to do the same thing Monday when I left.

Drove to the Heavens Gate Vista/Lookout parking lot and hiked the 350 yards to the peak at 8429'.

Nice views of all the canyons and the snowy peaks in the Wallowa-Wallowa (Eagle Cap) area of Oregon.

Camped at the Seven Devils campground at end of road.

A fellow camper who worked as a smoke jumper in the area when he was younger pointed out nearby Seven Devils Lake and the fact that some Mountain Goats were grazing nearby.

With my long lens I was able to snap a number of good pictures of the two moms each with a kid.

Roy Wagner had pointed me toward this place and I thank him as this is the first Mountain Goats I've ever seen. (I know, except when looking in the mirror). 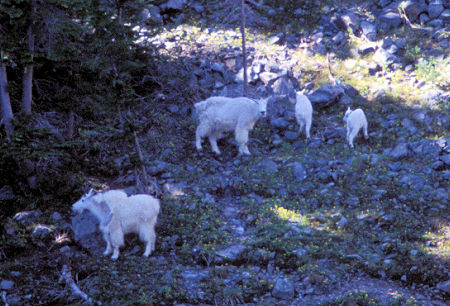 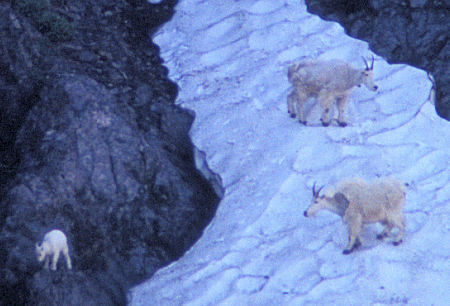 Returned to US 95 and continued north to Grangeville and wandered around in the area hunting for a Nez Perce historic site that seems to have disappeared. Drove eventually into the back country east of Grangeville to the old mining town of Orogrande - not much to see.

The drive along the Clearwater River was very pretty. This is timbered forest on some pretty steep mountains. Mostly hunting and horse country - not too interesting for hiking. Camped at nearby Five Mile campground.

I'm continually impressed by the number and size of rivers in this part of the country. Really a fisherman's paradise and great for the kayaker/float boater.

Continued on a USFS loop road through nice forest and large pretty meadows, through mining town of Dixie that is now being taken over by modern homes. Most of the mining stuff isn't worth seeing. Both Orogrande and Dixie have underground electric and telephone coming into them and modern development is creeping in since much of the land is privately owned.

This road came out at the Red River Ranger Station and the drive down Red River was again very pretty. Turned east on Highway 14 to Elk City, a historic small town. 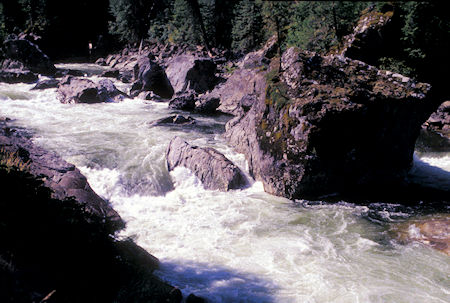 Tried to take a back country road that I had been told was open over to the Selway River and Selway Falls. Unfortunately a tree had fallen across it so I had to return - fortunately not too much mileage or time lost.

Took the long way via Highway 14, 13 and US 12 to Loomis, ID then up the Selway River - again a nice drive - and camped near Selway Falls.

Selway Falls is more of a large cascade than a waterfall. Looks like it could be run by wild, daring and talented boaters.

Returned to US 12 and headed east. Very pretty drive along the Lochsa River. Historical brochure (LDF).

They were in the process of refurbishing some of the buildings dating from early 1900's. 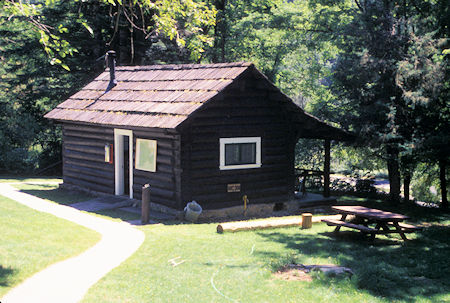 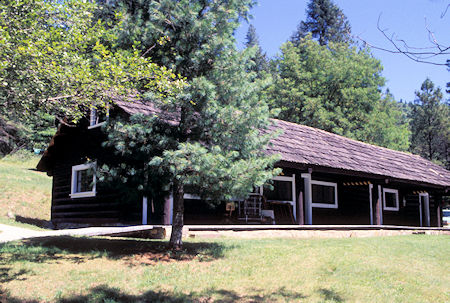 Continued east on US 12 and camped at a luxury USFS campground at Powell, ID. One of five toilets is a flush toilet and a number of campsites have electric hookups.