Got away from Toms Place about 11 a.m. I headed across to Benton and then up US 6 to Tonopa and then Warm Spring (which was closed and appeared to be abandoned), then SR 375 through a lot of wide open wide open to US 93, then north to Caliente, NV.

Some pretty canyon scenery in the Caliente area.

Continued on US 93 to Pioche, NV then east on SR 322 about 18 or 20 miles to the Meadow Valley BLM campground surrounded by scenic rock formations. Made camp about 6:30 p.m..

My campsite was just a short distance from Spring Valley State Park so I drove up to the Park where there is a small lake with nice boat dock and many fisherman. The Park campground looked full.

Drove up past the lake and saw some ducks and what looked like a big pelican. Also to some interesting sand stone outcroppings and a restored historical house built of cut rock and furnished with 1800's furniture, etc.

A pretty little area hidden from the main drag. 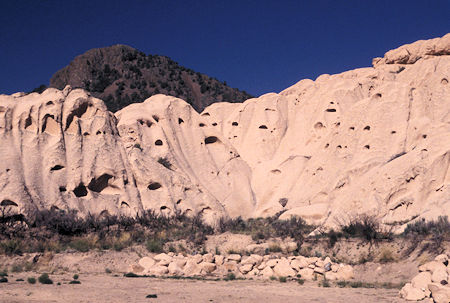 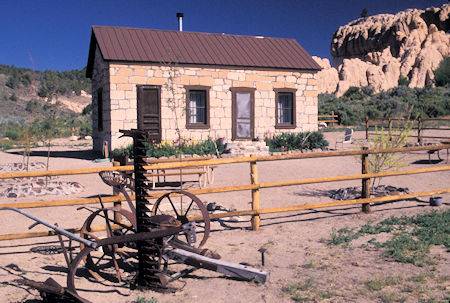 Returned to US 93 and took a quick drive through Pioche, NV - an historic silver mining town. Lots of old mining stuff around but most of their "tourist" signs were faded and hard to read, the museum was closed. I think when they rebuilt the highway to bypass the town that the tourist stuff probably lost out. Just an old struggling small town now.

Continued up US 93 to US 50 then east and south to Baker, NV and Great Basin National Park.

Apparently some sort of a road race was in progress as I saw lots of temporary signs and support vehicles (no race vehicles) along the way. 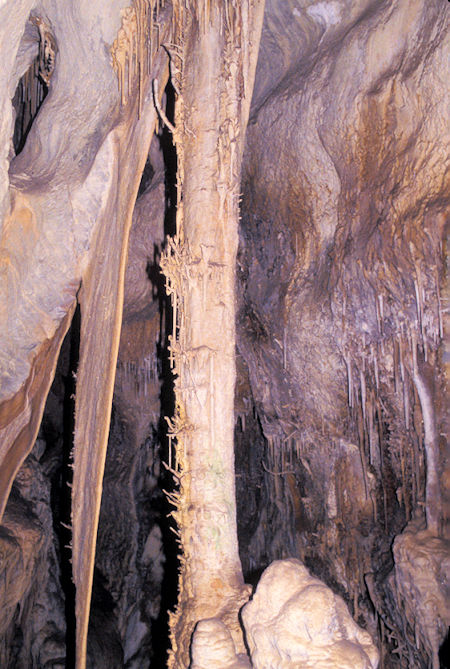 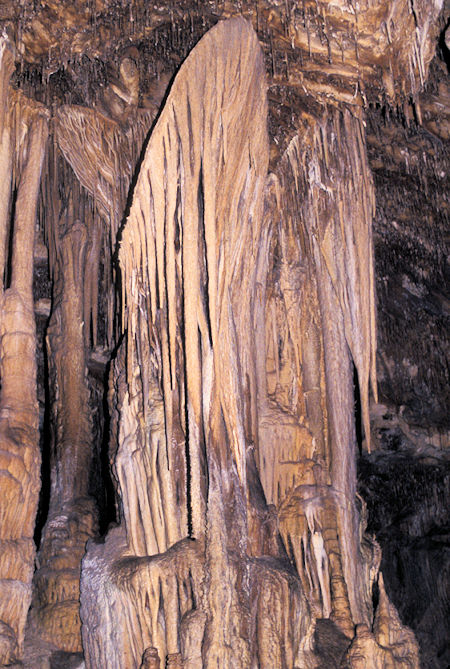 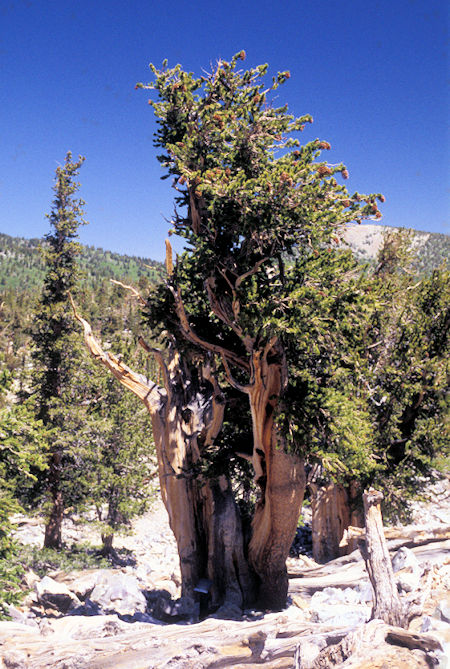 Got to the park about 11 a.m. and bought a ticket for the 2 p.m. hour and a half cave tour at the Visitor Center, then drove to Wheeler Peak Campground and got almost the last available site.

A week ago there was eleven inches of snow on the picnic table in this campground from the same storm that we had.

Ate lunch and headed for my tour.

Lehman Cave is worth seeing and the tour is very well done.

I took along a flash and took a bunch of pictures of the various formations, etc.

Also visited a Bristlecone Pine area which had some well done interpretive signs.

Met a summer ranger at the Bristlecone Pine area who had led a nature hike up from the parking lot near the campground.

We talked about this, that and the other.

He had been a summer ranger at Mt. Rainier for two seasons and had participated in the acid rain study while at Sequoia-Kings Canyon.

Weather was cool and breezy but very pleasant. 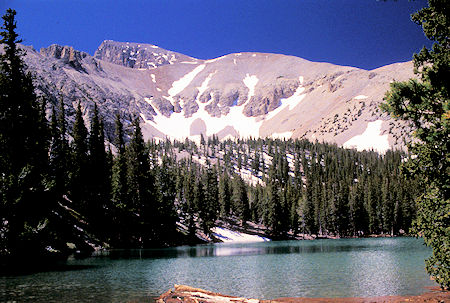 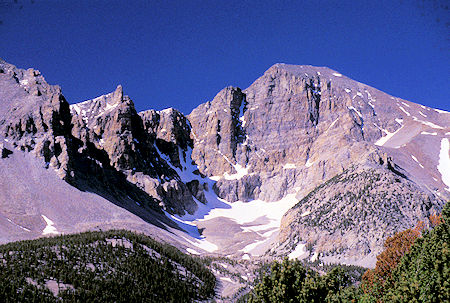 The trail follows a pretty little stream for a short ways then contours off through an open mixed evergreen and aspen forest.

It is just under a mile to Stella Lake where you turn off and head up toward the Wheeler Peak ridge on a well graded trail.

I was passed by a gung ho group of college kids - one of them very proud of himself that he was "leading the pack" - hope he took time to enjoy the scenery.

I decided that at the rate I was going it would take more time and energy than it was worth to make the peak so turned around.

Will need some more hikes to get in decent shape - too much winter sloth.