After doing my laundry and refilling the larder, headed north on US 93 to Craters of the Moon National Monument.

Arrived just after noon and got a campsite, then headed out on the tour. Walked several nature trails - all interesting. Also visited one of several lava tube caves - nothing spectacular.

Hiked up and looked into a couple "splatter cones" and a nearby "crater". Also hiked up to the top of "Inferno Peak", a cinder cone created by the wind piling up cinders from an eruption at the bottom of the hill.

On the way down, a 13'ish girl trudging up the trail said to me "I was supposed to go to heaven, but I think I missed a turn" - made my day. 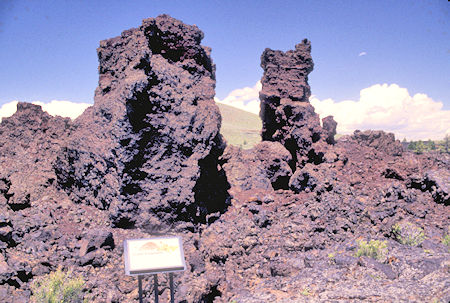 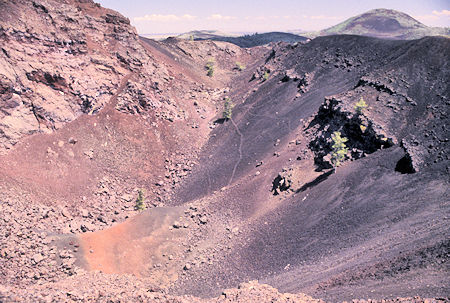 Click for more Craters of the Moon National Monument

From the moonscape headed over to Arco, ID which was the first town to receive ALL of its electricity from nuclear power in 1955. The pundits predicted great economic growth and it was all in the papers.

The town is still a farm town of about 1000. So much for pundits. 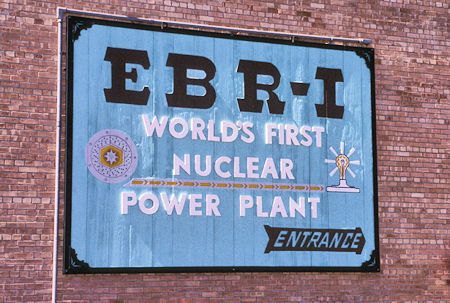 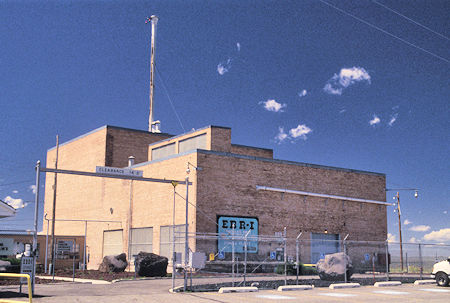 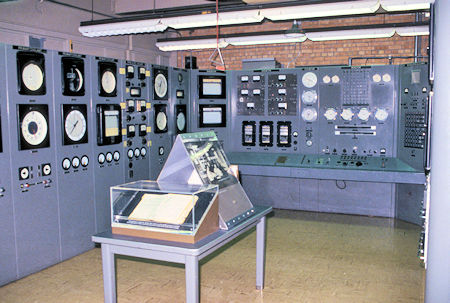 Nearby is the Idaho National Experimental Laboratory (INEL), some 500,000 acres set aside for nuclear studies and wildlife studies.

I visited EBR-1 (Experimental Breeder Reactor 1) which is a National Historic Landmark. It was the first reactor to generate electricity back in 1951.

It was a "breeder reactor", creating more fuel than it consumed. This website provides a number of pictures.

Got a personal tour from one of two tour guides on duty - a local Idaho boy who had just gotten his degree in Chemistry and was going back in the fall and get an MBA.

He said that two weeks ago, one of the people (G.K. Whilham) who participated in the 1951 first electrical generation came bye and gave the tour guides a tour.

He said it really made the place come alive to them (it happened before they were born). Whilham was age 77.

My "private tour" was due to me being the only person there at the time, although another tour had left just before I got there. Other people showed up later.

It was very interesting even though I already had some limited knowledge of such stuff. 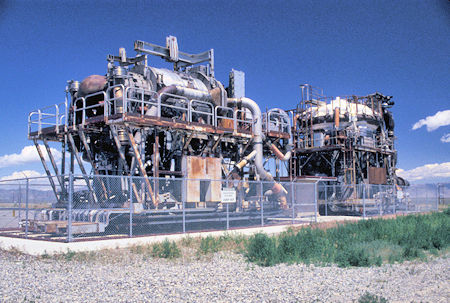 Outside, they also had on display two giant experimental platforms used to work on developing a nuclear powered airplane.

A project that was abandoned about the time an airplane design was laid out but before anything was built.

Read Flying on Nuclear, The American Effort to Built a Nuclear Powered Bomber for information on this program.

I then backtracked a little and headed up Idaho 75 through Hailey and Ketchum, ID - the Sun Valley area - and into the Sawtooth National Recreation Area.

It was clouding up and soon clouds enveloped the highway and it started to rain so I stopped at a campground on Alturas Lake in the Salmon River headwater's drainage.

Additional information on the Sawtooth National Recreation Area is at this website.

It was still rainy when I woke up so decided to layover for the day. The sun came out a little but the rain came back in the evening.

Looked like it was going to be sunny but it turned cloudy most of the day. Drove back to Ketchum, ID to fill up on gas ($1.699 - ugh) and to go to the Sawtooth National Recreation Area Visitor Center which I had missed on Monday.

Drove up several different roads just sight seeing. One of these was the Salmon River road that goes almost to the headwaters of the river. Got to use my 4WD fording the river several times. Many nice meadows with yellow and purple flowers. Saw a nice deer. 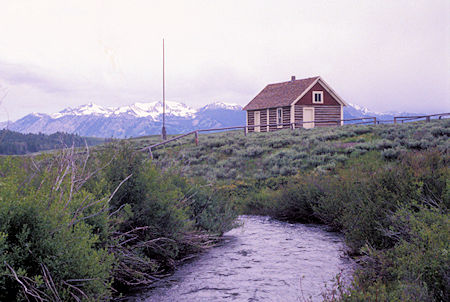 A Boy Scout group was camped in the area and I talked to one of the leaders who was from California. Turns out this was a Hungarian camp out with Troops from several states and Canada. Apparently many of the members were immigrants who had grown up partly under Communist rule where Scouting was banned. Part of this groups program was reinforcing the Scouting principles that had been missing from their lives under Communism.

Drove up Pole Creek Road which was supposed to be open to Pole Creek Summit. Along the way visited historic Pole Creek Ranger Station built in 1909 and staffed by Ranger Bill Horton for 22 years - on the National Register of Historic Places. Saw an antelope mother and two fawns nearby.

Turns out the road was blocked by a good sized tree about half a mile below the summit. Turning around was a bit interesting but the chariot handled it well.

Back tracked about half a mile and found a place to camp. Hiked back up the road to Pole Creek Summit (8,600') and back (2 miles round trip). The road was clear beyond the tree until I got to the summit, where there were many trees down and just enough snow to make travel problematical. Very pretty area. 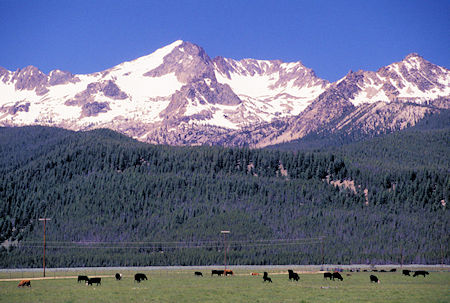 Drove back to the highway and backtracked a few miles to an overlook where I got pictures of the Sawtooth Mountains and valley.

Then drove up a road to the site of Sawtooth City, a late 1800's mining town - a few collapsed log buildings.

Continued on to Pettit Lake for lunch - nice lake with Sawtooth Mountains as a backdrop.

The campgrounds were beginning to fill up for the July 4 weekend. 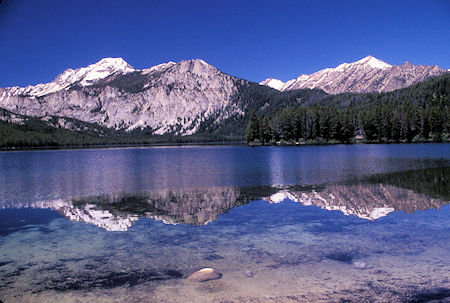 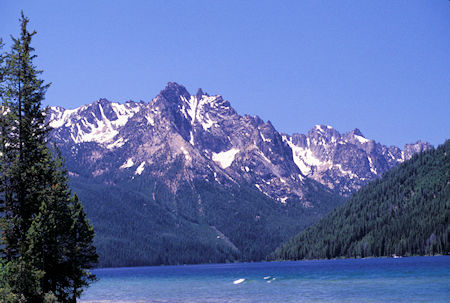